The Pas Mayor Jim Scott said he was extremely pleased the 300 workers at the Tolko mill will keep their jobs after a sale was announced Thursday. (CBC News)

The Tolko paper mill in The Pas, Man. has officially been sold to Canadian Kraft Paper Industries Limited.

On Thursday the Manitoba government said the sale was completed after being in the works for several weeks.

The purchaser is affiliated with the turn-around company American Industrial Acquisition Corporation.

“This is just like the best news you could ever have in a lifetime,” said The Pas Mayor Jim Scott.

Scott said not that long ago, the town was told there was no hope for a buyer. 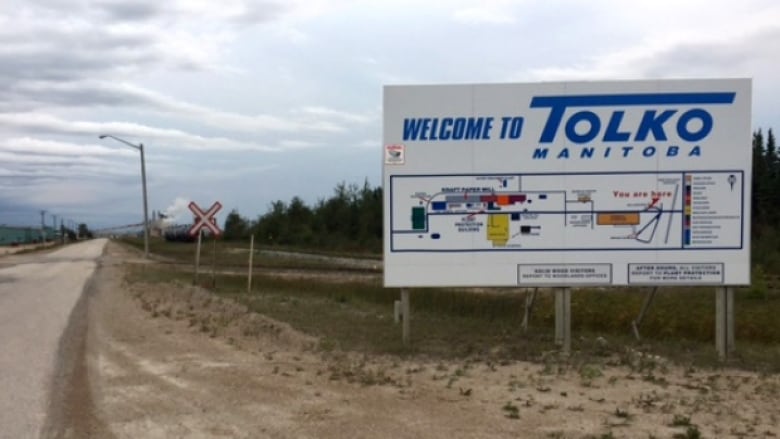 The Tolko mill is the main employer in The Pas. (Sean Kavanagh/CBC)

Premier Brian Pallister said in a release the the government is “extremely pleased” an agreement was reached.

“[It] will preserve existing jobs and secure long-term, sustainable development through one of the primary employers in northern Manitoba,” said Pallister.

The town is giving Canadian Kraft Paper Industries Limited a three-year break on municipal property taxes. Scott said the company’s concerns around environmental issues with the mill’s tailings ponds were addressed. As well, workers approved a three-year postponement of pension solvency payments and a 10 per cent rollback in wages, Scott said.

“There was a whole pile of things that had to come together,” he said.

The province said it was glad to assist in the deal, namely giving Canadian Kraft Paper Industries a break on additional pension payments for three years — although the payments must be paid back over the following five years.

“We are pleased to have been able to play a part in facilitating an agreement that will allow for the preservation of jobs …  while maintaining our responsibility to the taxpayers of Manitoba,” said Pallister.

In August, Tolko announced it would shut down the mill by Dec. 2, putting more than 300 employees out of work.

Jim Scott said the company has no intention of laying off workers and feels his town can now breathe a sigh of relief. The mill is the main employer in The Pas.

“It’s just been fantastic. All those people get to keep their jobs,” Scott said.