Future looking up after 2016 sale of Tolko Industries mill, which was set for closure

Ask The Pas, Man., mayor Jim Scott what the future of his town was a mere 18 months ago and he would have told you to shut the door and turn out the lights if you were the last one to leave.

The paper mill in the town of around 5,500 people, located about 520 kilometres north of Winnipeg, was on the brink of closure, other businesses were closing up shop and the region’s casino was looking to relocate as well. But ask him now, more than year after the town’s largest employer — the paper mill — was saved along with 330 jobs, not to mention the spinoff jobs in industries such as trucking and logging, and the word he uses is resiliency. 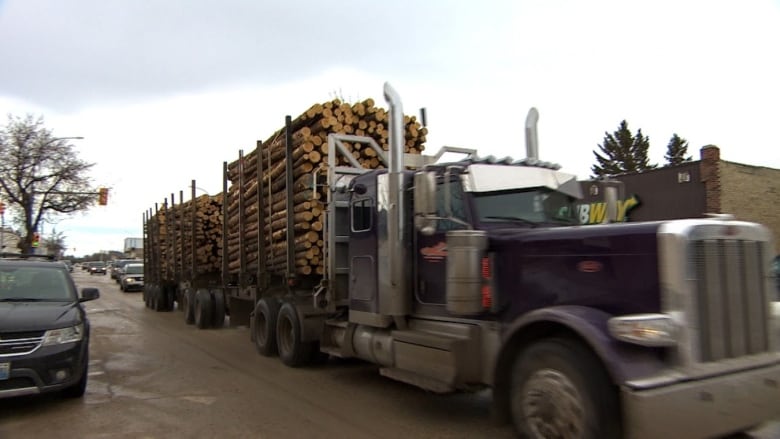 The mill’s sale saved 330 jobs. But Scott said it also saved many jobs in spinoff industries, such as trucking. (Gary Solilak/CBC)

Driving though town, there are still scars from the uncertainty — some businesses downtown are boarded up; others have paper covering the windows. The charred remains of a restaurant that caught fire remind residents of days gone past. But Scott says there’s a renewed sense of hope in the town’s economy. And he says things are looking up.

Scott said 30 residential lots were sold earlier this month. Priced at $1,000 each, buyers have 24 months to build a new home on the lot. He hopes the new builds spur new life in the town and attract people to fill shortages in healthcare and other sectors.

Gary Morrish also sees the renewed optimism — and remembers the uncertainty of two years ago.

“When the announcement was there front and centre that they were going to close the place … yeah that was very concerning,” he said over a coffee at a local café.

“Everybody in business along with all of the local residents were wondering what their local real estate was worth. Those in business certainly wondered if the place were to close what would happen to the retail end of things.”

Morrish owned a grocery store in The Pas for more than 40 years. The store is now in his son’s hands, but he still stops in and visits every now and then. 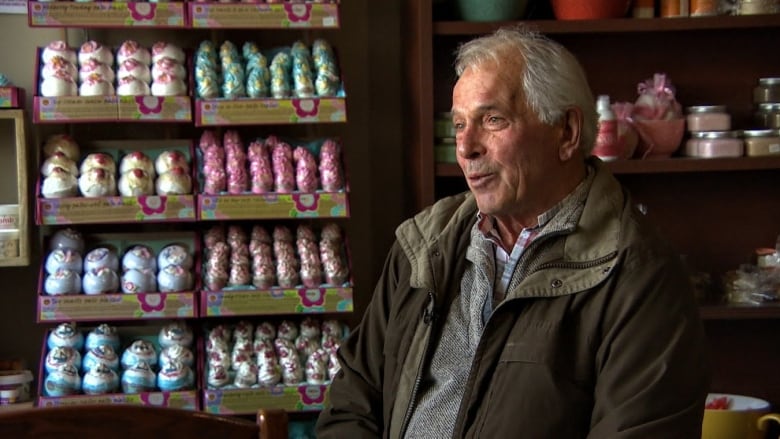 Gary Morrish still frequents the grocery store he opened 40 years ago, now in his son’s hands. He says there is a positive vibe among the regular shoppers. (Gary Solilak/CBC )

“I hang around the grocery store even though I have sold it,” he said. “There’s a good number of people that I know on a first-name basis and there is a lot of optimism and a lot of positive feeling about the way things have gone.”

But the optimism, for him, is cautious.

“We can’t put all of our marbles in the mills basket,” he said, adding the town could use another major industry or growth in several small ones. And young people.

Lantz Hiebert learned how to play hockey in The Pas. He moved away when he was 14 to play at a school in Saskatchewan. At 18, he moved back to play for the Manitoba Junior Hockey League’s OCN Blizzard. Now at 21 and back in his town, he has no plan to pick up his young family and leave. 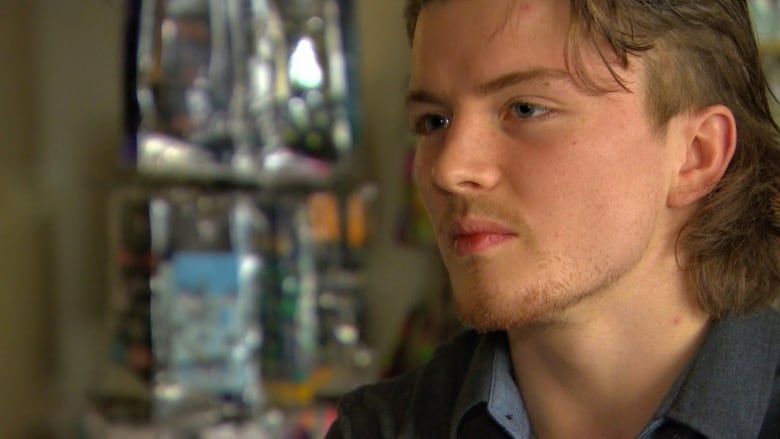 Lantz Hiebert, 21, moved back to The Pas after leaving for a hockey school in Saskatchewan. He says he’s here to stay. (Gary Solilak/CBC)

“It’s just a great place to grow up and I love the scenery here and the people around town,” the avid hunter and fisher said. “We have so many things that go on in this community.”

Now that his professional hockey career is over, Hiebert is now looking for work in the community. He’s here to stay and wants to buy a house.

For Scott, it’s that optimism that he believes will help keep his town afloat.

“I’m pretty excited,” he said. “Given everything that’s been thrown at it … we see ourselves as a growing community, despite everything.”